Operation: drive the rubbish back in

The bubble installed in the foyer of the national gallery is not an actual “site-specific” installation, but simply the first place to inflate the “Ambulant Inflatable” we created together with the “Village Unhu” people: Misheck Masamvu, Gareth Nyandoro and George. Since you had to access it from outside the gallery, it allowed you to be ON the street but IN the national gallery, a space known in town for being a welcoming place.

The “Ambulant Inflatable” is a dispositive that can create “intimate” public spaces anywhere in the city. In such a hiper-controlled and traffic-dominated space as the Harare public space, we thought it could be interesting, to have a cart that works creating places to meet, talk and get together. We create this piece and the possibilities it arises using the same tools -push carts- as the street vendors, who are the only ones actually creating space, city and urbanity in Harare.And using waste usually reused in Harare, that we bought in Mbare: sewn maize meal sacks, usually reused as sacks and bags, and ironed concentrated juice plastic bags, reused for keeping tobacco scraps. The installation of the ambulant inflatable in the national gallery creates an intimate public space, which tries to group the best of the two worlds: the freedom that the national gallery permits together with the openness that the street implies, proposing an invasion of the national gallery by the street and a tolerance from the national gallery for the street practices.

The title of the project (refers to Operation drive the rubbish out), opposed to the idea of doing a “clean up” that consists “taking out the trash”, which basically means the displacement of thousands of people out of their habitats and enviroments. Precisely, the people that really build an actual urban, better life that brings up diversity and chances for the most, instead of creating an elite city built just for the few who can afford it. 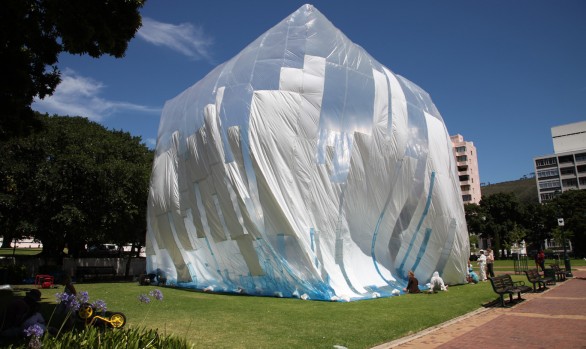 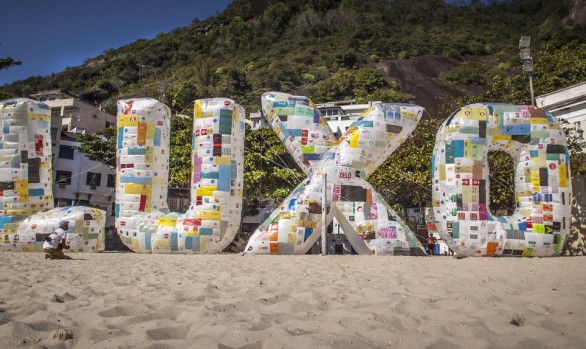 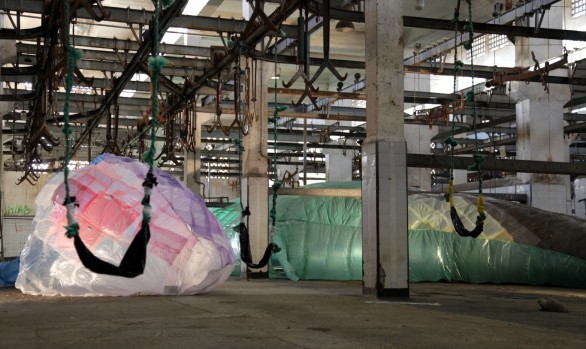 Installation in the Anciennes Abattoires of Casablanca

Totoro Out of Trash: project for the Istanbul Design Biennial 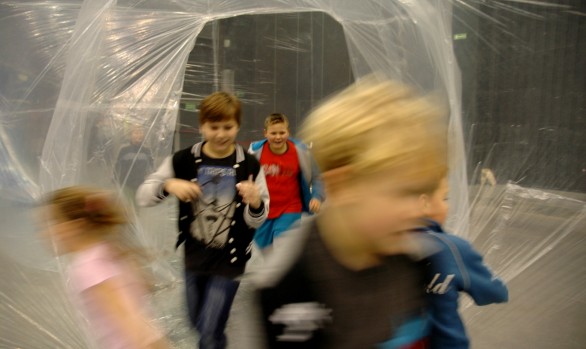 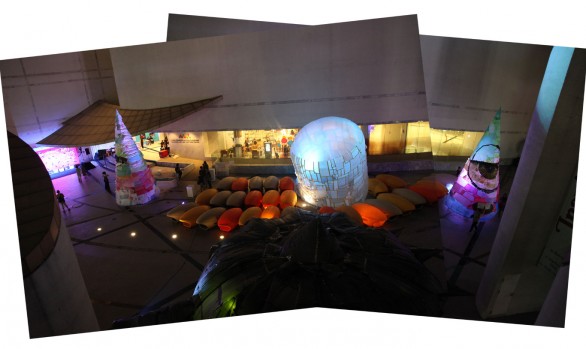