WHO WE ARE AND WHAT WE DO

Basurama is an artist collective dedicated to research, cultural and environmental creation and production whose practice revolves around the reflection of trash, waste and reuse in all its formats and possible meanings. It was born in the Madrid School of Architecture (ETSAM) in the year 2001 and, since then, it has evolved and acquired new shapes. Our aim is to study those phenomena inherent in the massive production of real and virtual trash in the consumer society, providing different points of view on the subject that might generate new thoughts and attitudes. We find gaps in these processes of production and consumption that not only raise questions about the way we manage our resources but also about the way we think, we work, we perceive reality.

Far from trying to offer a single manifest to be used as a manual, Basurama has compiled a series of multiform opinions and projects, not necessarily resembling each other, which explore different areas related to trash. We try to establish subtle connections between them so that they may give rise to unexpected reactions. We are not worried about its lack of unity; moreover, we believe it as evocative and potentially subversive values. Besides the visual arts in all its formats Basurama compiles all kind of workshops, talks, concerts, projections and publications.

Basurama acts like a creative linking platform where different agents of the same social network come together. It has created more than 100 projects in the four continents. Its base is in Madrid, but it is also formed by two representative offices in Bilbao (Spain). 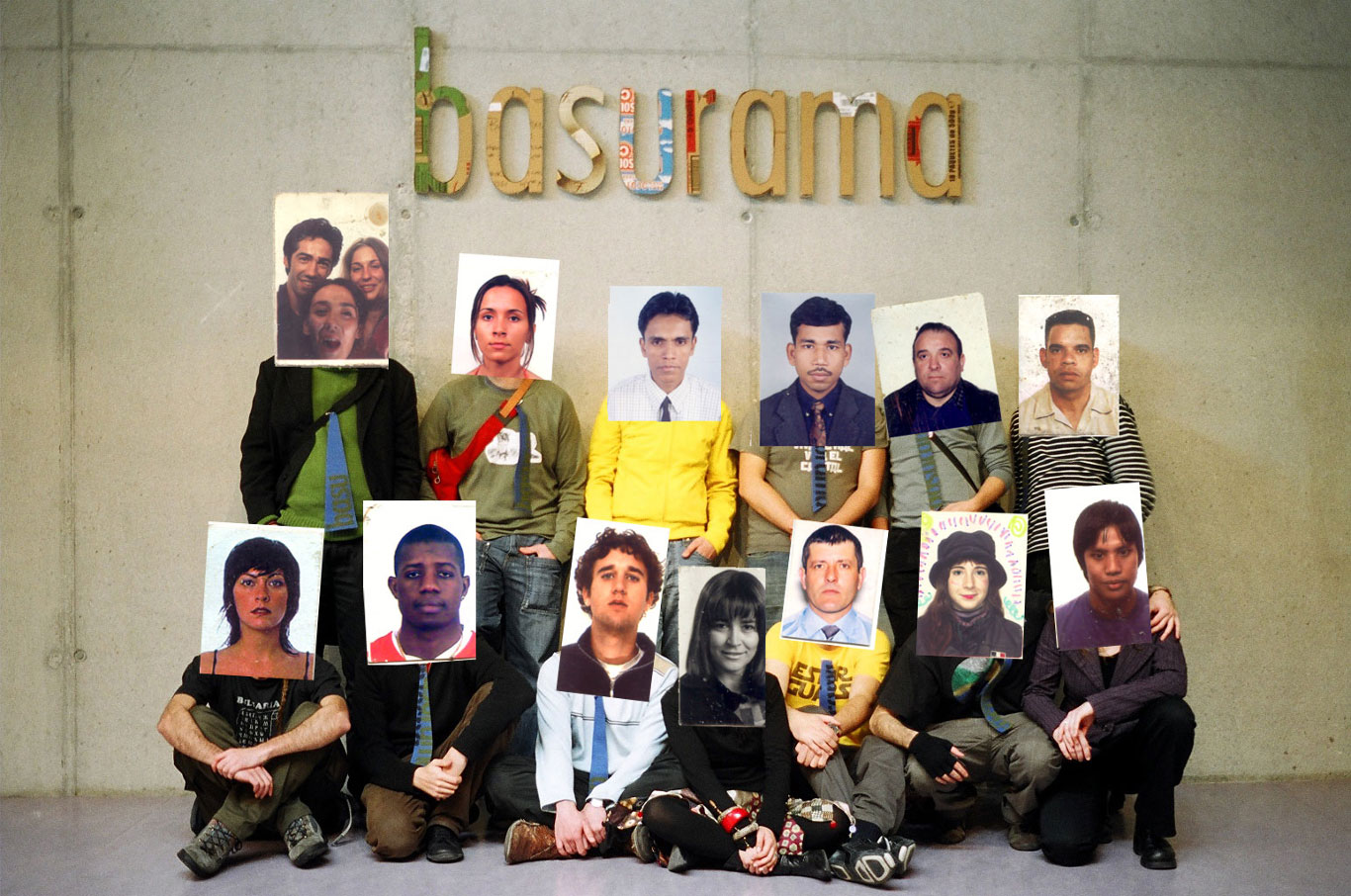 Basurama Madrid is formed by

Basurama Milan is formed by

Basurama Bilbao is formed by

Had been part of Basurama:

You can check our complete curriculum here

In this video we explain how we see our practice nowadays.

This video from the TV program La Aventura del Saber explains very well many of our recent activities.

In this questionnaire we answer general questions about Basurama, and about and participatory projects and cultural ecosystems.

These people have been interns with us: