Autobarrios – Self-made-neighborhoods- is a project that stimulates our collective imagination, our autonomy and our ability to deal with our daily networks and the surrounding environment.

It creates strategies to practice more “neighborhood” through the enhancement of local resources and applied creativity. Autobarrios is a tool to facilitate the construction of a community urban development initiative, by creating a network of people and resources that shape this initiative.

The project reflects on the scale of the neighborhood and the current state of its essence, which, we understand, is based on relationships, daily life and identity.

Autobarrios is a contextual tool designed to grow in different neighborhoods taking into account their own particularities. It relies on outreach work and creative practices to transform the existing social and spatial relationships into a dense and culturally diverse metropolis. 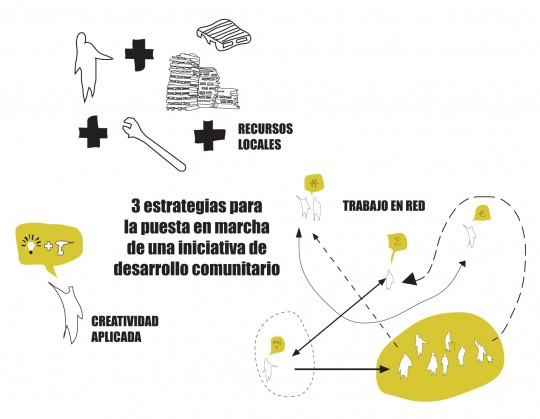 Autobarrios is an example of city building shared between different professional areas and citizens. In this sense, one of the key project is coordinating a networking between all possible actors that can, from different areas, shape, enrich and enable the smooth running of the project.

Coordination and addition of skills and collective knowledge creation are a powerful tool to perform community initiatives and ensure their implementation. 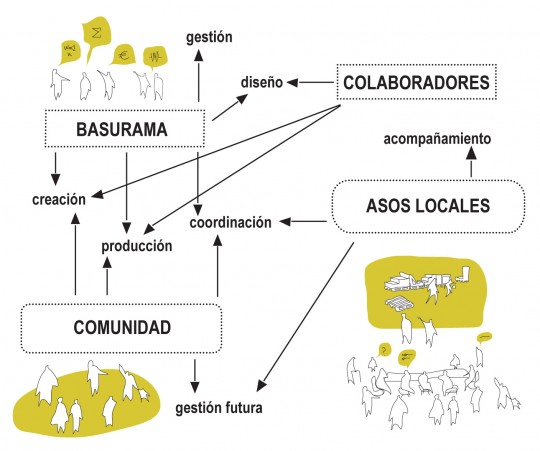